After the walking is done

AJ and Allen hogged the bathroom and each took baths. I found another book and then fell asleep. AJ said that I am probably the only person on the Camino who read the book that they brought. Then I read another and another. You can always find time to read in my opinion. I did ask people if they had brought a book besides a guidebook on the Camino and if so, what was it. The responses were mostly no, but some yes, Bibles and journals a lot. AJ brought 2 books, one about mushrooms and one of poetry. I brought a book by Janet Evanovich, something fun. When I finished that I left it at an Albergue and took one someone else left.

When I woke up I found that Al and AJ were both sleeping. It is still raining, so I let them continue to rest. We had decided to take a rest day but we needed food. They wake up and we head out to find a grocery store. 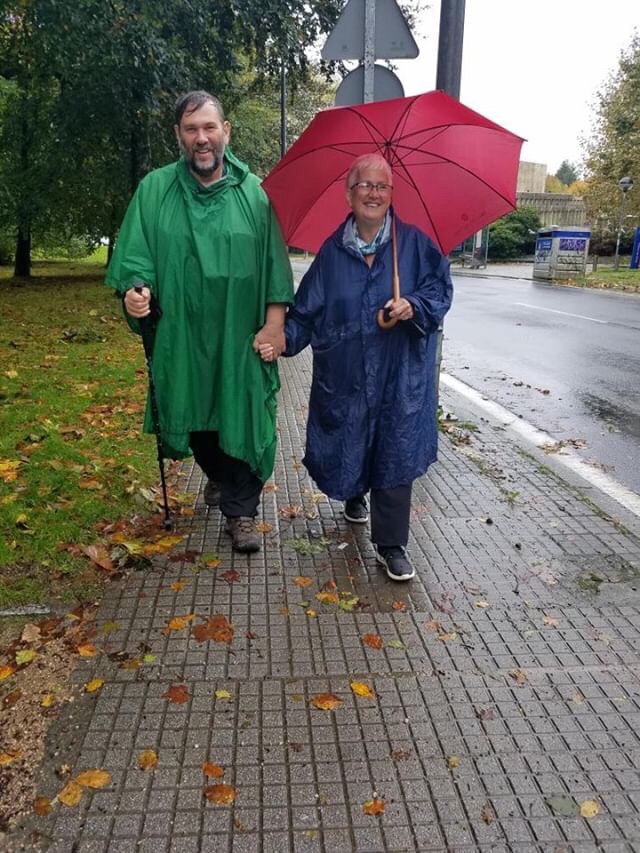 We pick up stuff for sandwiches, a bunch of snacks, wine for me and beer for them. AJ then made us the best Dagwood sandwiches!

The rain has let up and some of the people AJ met along the way have arrived in Santiago. We go to the cathedral and attend mass.

It is still blustery!

It continues to rain on and off so we head back to our hotel. Also Al’s foot continues to plague him, so we make it an early night.

The Cathedral Square is the place to go to meet up with other pilgrims. After breakfast the next day we head there.

I take a lot of pictures of doors. There’s just something I love about them. 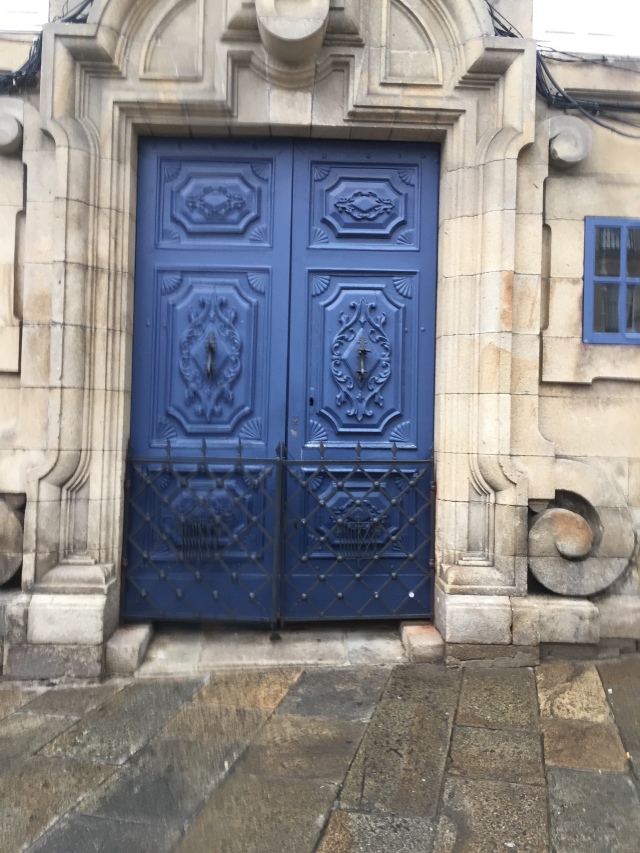 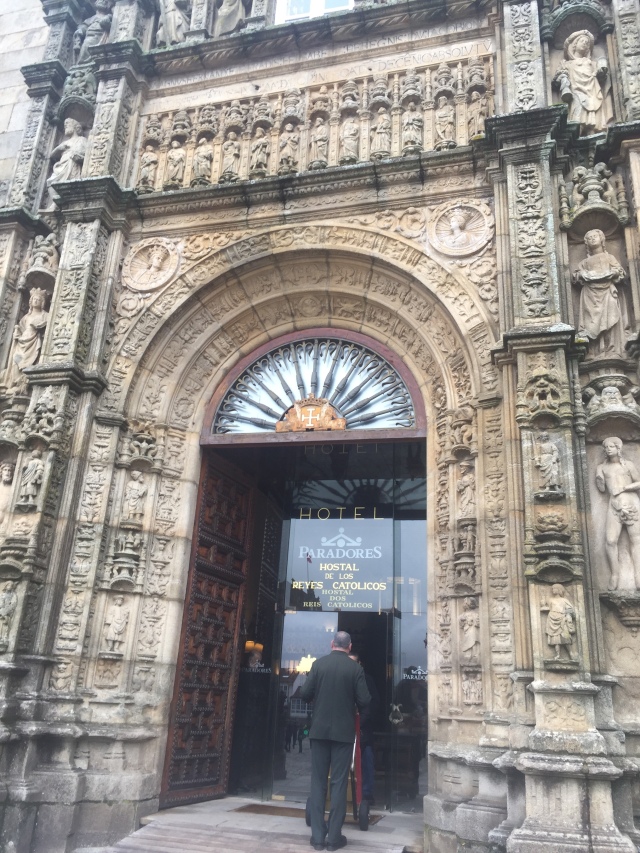 At noon there is a special pilgrims mass at the Cathedral, we go to that one also. This is where they swing the botafumeiro, it’s a huge incense burner that takes several guys to swing. I have included a link below. We have been to different churches but the experience here was different. There are tourists wandering around during service. There’s confessions going on to the side, it’s a beautiful place but no pictures allowed, but cameras and phones everywhere, it is a show. The people who call this church home must put it out of their heads, I would find it hard, it just seems disrespectful to me. I also film a little of the ceremony when they swing the incense burner, that’s the only part you are really allowed to, not sure why. There was a children’s choir singing, that was beautiful!

We really didn’t do much in Santiago, wandered around for a bit and more resting our feet.

The sky was gorgeous tonight! 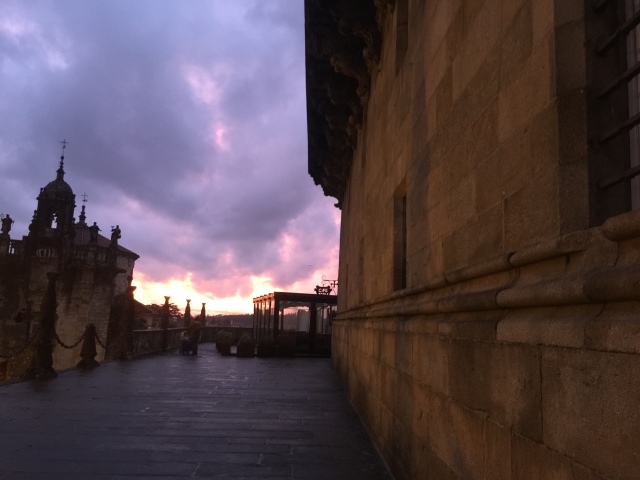 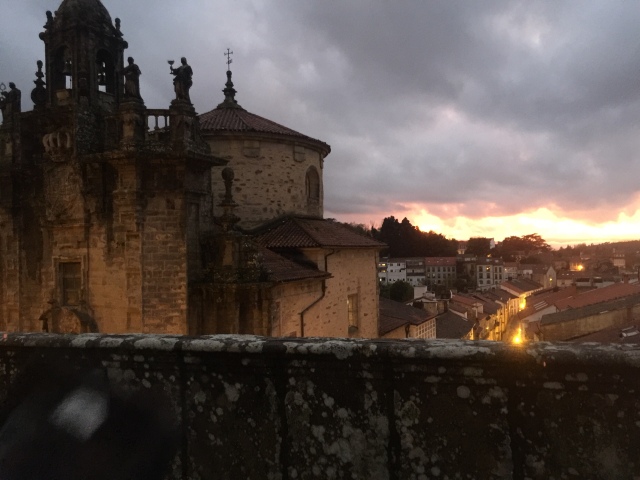 Tomorrow we have to hop on a train and then a bus to Portugal. Travel within Europe is very inexpensive. It will be only 13e for a train ticket out of Spain, it will take a couple of hours and the scenery along the coast we hear is just beautiful.

I hope that there will be more to follow, until then, be well