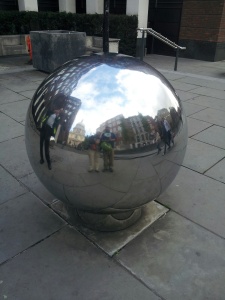 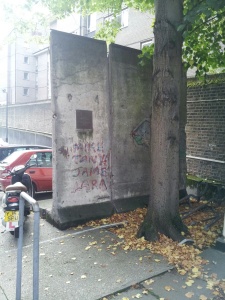 Part of the Berlin Wall, this is a 9 ton chunk, at the war museum.

In front of St. Paul’s

As slice of the Cathedral

London tower from the river